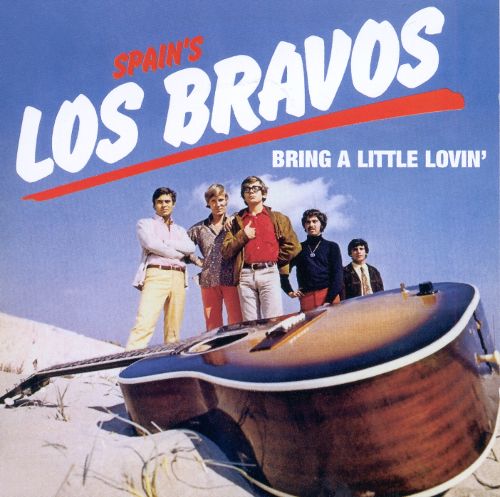 The first Spanish band to “break America” in the new Tarantino film.

As some of you cinephiles may be aware, the trailer for Quentin Tarantino’s new feature film “Once Upon a Time in Hollywood” previewed yesterday. It’s a little over a minute of 1960’s throwback glory. Cowboy film sets, hippie fashion, and classic cars. The ever-engaging music plays courtesy of “The Mama’s and The Papa’s” and a lesser known band called “Los Bravos”.

Los Bravos were a band from Madrid who have the honour of being the first Spanish band to break into the North American market. The song featured in the trailer “Bring a Little Lovin’” was written by Vanda & Young (an Australian production team) but a savvy record producer felt that it was better suited to showcase Los Bravos’ Mike Kennedy and Antonio Martínez’s voice and guitar sound respectively and so a classic hit was born.

In 1968 “Bring a Little Lovin’” reached number 51 of the US top selling singles charts remaining 8 weeks in the “Billboard” (a sales and radio airplay combined list).

And “Los Bravos” in all their glory: